We live in a Nation that believes in God.

Authorities of the establishment of science are still holding on to an atheistic and agnostic speculation of macroevolution, which is not friendly with serious Christianity.

The current stand of the leaders of science does not reflect the feelings of most of the researchers and teachers. I know of so many that like me, are able to distinguish and to understand the clear difference between a practical, real and testable genetic biochange (microevolution) versus the unpractical, speculative, and non-testable tales of darwinism (macroevolutionism).

The aforementioned fact says a lot about the higher executives within the scientific establishment as opposed to the productive working force of science.

The purpose of this board is to hold on to our original ground as individuals and as a Nation for God.

My best Advisor (Dr. HG, in my Master’s Degree) thought us that there are two compatible avenues to receive information:

1-) by the five senses (experiments) and

2-) by God’s revelation (direct or already written in His Bible).

We live, I repeat, in a Christian Nation!

All we want to do is to work in a Christian-friendly environment. And many, many teachers and researchers are longing for this same freedom!

Today, for example, we can see a changing trend in the bestsellers and in the TV/Movies industry (I enjoyed the words of Tim LaHaye, the “Left Behind” series co-author in “Dateline” 05-04-2005). How all that started in the Movies industry? The evident reason seems to me the strong standing of one prominent man within that environment: Mel Gibson and his 2004 Movie “The Passion of the Christ“. Did Mel have the initial support of Hollywood or did he finance such great project by himself?

My question is who will be the next “Gibson” within the vitiated and godless macroevolutionist establishment of science?

Who wants to take such endeavor?

I am completely sure that in the record of eternity that person will be praised!

Thousands of new Christian researchers will then be invited to the sciences and will be able to freely explore and to produce amazing improvements, including the biological fields!

Edited from my ARN topic: On the Book of Genesis.

Why Is AiG So Much More Holier than Thou?
Junk Darwinism Not Junk DNA 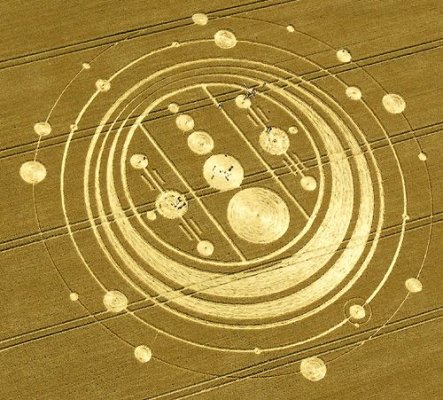