Back in April of this year I challenged Wesley Elsberry on the need to know the designer for ID. On his forum he writes

“Basically, I’m pointing out that the claimed analogy between known designers with whom we have experience and unknown designers operating in unknown ways is illegitimate.

I challenged him with the examples of Stonehenge and other artifacts. His only response was

responding to “challenges” such as given above falls cleanly into the category of “dogwash”.

The problem with a simple conclusion that something is designed, is its lack of informativeness. If you tell me that skirnobs are designed but nothing else about them, then how much do I actually know about skirnobs? Of a single skirnob, what can I say? Unless I already know a fair bit about the aims and intentions of skirnob designers, nothing is added to my knowledge of skirnobs by saying that it is designed. I do not know if a skirnob is a good skirnob, fulfilling the design criteria for skirnobs, or not. I do not know how typical that skirnob is of skirnobs in general, or what any of the properties of skirnobs are. I may as well say that skirnobs are “gzorply muffnordled”, for all it tells me. But if I know the nature of the designer, or of the class of things the designer is a member of, then I know something about skirnobs, and I can make some inductive generalizations to the properties of other skirnobs.
The way we find out such things about designers is to observe and interact, and if we can, converse, with them. In this way we can build up a model of the capacities and dispositions of designers. Experience tells me that a modernist architect will use certain materials to certain effect. Lacking any information about modernist architects leaves me none the wiser knowing that an architect is modernist (in contrast to other architects). Once we have such knowledge of designers, though, what we can say about them is that they generate regularities of outcomes. We know, for example, what the function of the Antikythera Device, a clockwork bronze assembly found in an ancient Greek shipwreck, was because we know the kinds of organisms that made it, we know the scientific, religious and navigational interests they had, we know about gears, and we know what they knew about the apparent motions of the heavens. Hence we can infer that the Antikythera Device is an astrolabe, used for open sea navigation by the stars, or a calendrical calculator, or both (de Solla Price 1974). But suppose it was found by interstellar visitors long after humans went extinct. What would they know about it? Unless they had similar interest and needs to ourselves, or were already able to reconstruct from other contexts what human needs and interests were, for all they know it might be the extrusion of some living organism (which, in a sense, it is), just like a sand dollar. It might never occur to them to compare it to the apparent motion of the heavens from earth circa 500 BCE. (emphasis added)

I challenged Elsberry with these artifacts. Are there known designers to these specific artifacts? If Elsberry knows who the designers are please enlighten us, the world would like to know. 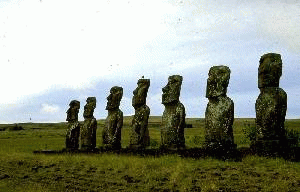 Another answer popular with Darwinists is that these designs can be mimicked by human designers. If that is the criterion for positive identification of design then gecko foot-hair and molecular motors were designed. And what will the Darwinists say when we can design new life forms? Would this mean that all the diversities of life on earth were designed?

For someone like Elsberry who has studied and written about “intelligent design”, Elsberry should know that ID unlike Darwinism does not invent stories of putative mechanisms to explain the biodiversity of life on earth. Intelligent Design works purely on the empirical basis of science to identify if an artifact is a result of design. Certainly ID can speculate how or even why the artifact was design in a particular way, but without direct information from the designers it would be impossible to ascertain the actuality of the events. This is where Darwinism fails as a legitimate science. It moves from empirical evidence onto speculation of some putative process. As Ken Miller said IDist lack imagination, like Nicholas Matzke who imagined his pathway to evolve a flagellum, without any empirical science to back it up. The Darwinists just blindly eat that up as if it was ordained truth. They start quoting him all over the internet as if it was some empirical fact. Ken Miller uses it in his book. ID does not deal with fantastic imagination. ID just deals with the facts of empirical science, period. ID knows that the best that we can do is to identify if an artifact is a result of design or natural processes. When you are thinking of ID, you must think outside of imaginary mechanism of Darwinism and think empirical science.

What would our understanding of these artifacts look like if we apply Elsberry’s theft over toil? First, the artifacts have no known designers, which is one of the requirements for identifying design according to Elsberry’s essay. Yet, right off the bat Darwinists have already pontificated that human beings designed these artifacts. Does Elsberry know for what purpose the Stonehenge was designed? Did Elsberry converse with the designers and interact with them to build a model? Are there a lot of experiences of human designs of Stonehenge?

“No stage of the building of Stonehenge is later than about 1200 B.C., and any connection with the Druids, who flourished a thousand years later, is purely conjectural” (Jacquetta Hawkes ed., Atlas of Ancient Archaeology. New York: Barnes and Noble Books, 1994. 33).

Remember according to Elsberry, in order to know about a design we need to observe, interact and converse with the designer. The Darwinists have not met any of these criteria and yet they unapologetically declare the Stonehenge was designed. Isn’t this hypocrisy when they criticize ID for not identifying the designer?

Again, Darwinists asserts that designs can only be compared with human endeavors. Is Darwinian thinking so woefully uncritical? This kind of logic is inane. If we can only compare or infer design of artifacts that is comparable to human design and design is ruled out from nature, this is circular reasoning. Besides the examples that I gave above demonstrates this illogic is factually in error.

I would have thought that this kind of anthropocentric thinking has gone out with the dark ages. In other words, the diversity of life on earth must be a naturalistic process, because? We can only recognize human designs? With the advances in science it may not be too distant in the future when we can bioengineer life. Will that be evidence that life is designed? At that time, shouldn’t we be able to use Elsberry’s theft over toil to identify biology as designed? This is contrary to Darwinism which proclaims it is a fact, that biodiversity is a completely unguided naturalistic process.

Research on Intelligent Design by Darwinians
What’s a Theory?

Tribute to Henry Morris
Darwinian of the gaps
Teleology in Biology

When is a Skeptic not a Skeptic?
Intelligent Design on Cable: Larry King and Bill O’Reilly
The Avalos’ Bash
Junk Darwinism Not Junk DNA

Intelligent design is a science, not a faith