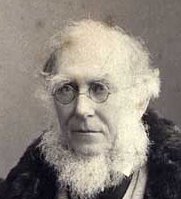 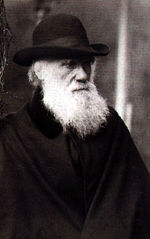 That’s great fdocc “Theory of Intelligent Design”! 😀 It is exciting to see ID being reached out to a wider and diverse audience, sometimes we forget ID is international now. 😀

I wish I could read Spanish. 🙁 All the best with your new website. Very nice site.

Alternative science is a new organization in which the scientists introduce an alternative paradigm to the materialistic budgets of the theory of the evolution. The alternative that we propose is not a new science, but simply revolutionary. In the heart of each science there are always philosophical implications, and this being the case, the science of the intelligent design (D.I.) causes a philosophical resistance and nonscientist. There is no scientist who he does not admit to recognizing the obvious design in nature. The proponents of the theory of the evolution observe the following thing:

“The biologists need to remember constantly that what we see were not designed, but that is the product of the evolution.” Frances Crick (What Mad Pursuit, 1988 pp.138-139)

Mario A. Lo?pez was the one putting together that Website, so thanks due to him for inviting me there!

I wish I could read Spanish.

The main aspects that at least I am translating, are also available in English; for example, from my last translation (posted above), the original in English, which I prepared before, can be found at:
The Evolutionist Racketeering: Compatible Ancestry sold as Common Descent
There (in the comments) you can see the mad rant of two defaced atheists (I mean, cravens with no-face).

As well as my related Satire that I wrote for the ARN‘s Board to spoof at the absurd “Darwin’s Day”: Satire: This 12 of February is The Darwin’s Sale!

That satire was canceled after two ‘valiant’ (here, read just the opposite, please) pseudonymous atheists derailed it, ’till finally they got it to be closed.

Yeah, their double talk and careless semantics, as evolutionists wrongfully equate variation=speciation (which is not), speculation=fact (which is not), teleology=ignorance (which is not), and then, those ‘evolved’ atheists attempt to forcibly fit the reality (and everybody else) to such a distortion.

From your second comment, quoting F. Crick’s criticism in his book “What Mad Pursuit“, I must add to the deliberate lies, rhetorics, mirages, paranoia’s, frauds, racketeering and hallucinations of atheistic evolutionists, that now, for them desing=evolution (which is NOT. Figure that one out!)